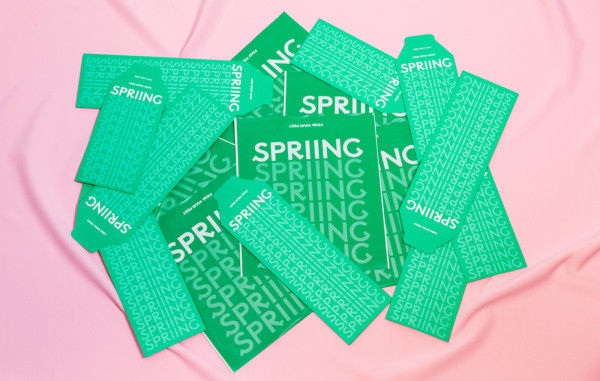 Right from the outset Spriing was destined to be an eco-friendly brand. After seeing how much waste was generated by the custom orthotic industry over the years, we knew Spriing had to be part of the remedy to reduce carbon footprint.

During 2 decades as a podiatrist and physio in Australia, we witnessed first hand the waste generated by orthotic manufacturing labs. Enormous silos full of plastic and rubber offcuts were left over from subtractive manufacturing methods as well as hundreds of pairs of plaster moulds sent out each week for the orthotic wearer to eventually dispose of. Fortunately the onset of 3D printing and digital scanning has helped to improve the amount of waste in the orthotic industry in general.

To add to this issue, there is speculation that some podiatrists over-prescribe custom orthotics to all people including those that don’t necessarily need them. This has obvious additional pollution consequences that result from manufacturing orthotics when they aren’t required. Recent research also suggests that many people do just as well if not better with an off-the-shelf foot orthotic (it all depends on what they use foot orthotics for).

However it isn’t just the manufacturers and podiatrists that are to blame for pollution. Many orthotic-wearing clients are happy to throw out their perfectly good orthotics in favour of getting a new pair every year, just because the top covers are tired. This phenomenon is supported by health funds that provide good rebates for new orthotics each year, and little or no rebate on replacing the covers. To us, this seemed like a broken system in need of an overhaul.

Spriing is tackling our carbon footprint by producing separate shells made from recyclable polypropylene, with removable covers that can be cleaned and replaced as needed without having to throw out the shell (until it has reached the end of its life).

Because Spriings have been designed to fit into normal shoes, this not only makes life easier for you, it also means you are less likely to throw out shoes. It is quite common for people with orthotics to throw out their normal shoes once they have foot orthotics, because they can only wear laceups or sneakers with their orthotics. Well not if Spriing has any say in the matter! Shoe pollution is another really big problem, and something we are passionate to put our efforts into tackling as our brand grows. We hope to raise awareness of the impact of shoe (and orthotic) waste. When you actually stop and think about it, the shoes you throw out almost always end up in landfill, and the global impact of this is truly devastating. We will continue to post more on this topic as we explore it further.

Aside from our product design, our packaging was another no-brainer. We opted for a re-usable rPet pouch to hold all your Spriing components, and a corn-based compostable mailer bag which can be disposed of in your green (veggie) waste and degrades over a matter of weeks. rPet is made from recycled plastic bottles, meaning it is already onto its second life.

When it comes to caring for our planet and doing our part to reduce carbon footprint, for us there is simply no other way to be. Our plan is to continue to source eco-friendly materials and find ways to improve not only how we do things, but how we all do things, especially where it concerns the feet.

No products in the cart.